People drive cars recklessly and wreck. Some teachers, policemen, clergy, politicians and other career-persons take advantage of their students, laity, constituents and community in ways that horrify. Some water systems are not filtered well enough to get rid of chemicals and wastes that are poisonous to humans. Phone numbers can be used to augment a range of trivial to the most horrendous crimes such human and drug trafficking and DDoS activity.
But … no one would say to quit driving cars, sending one’s children to school, drinking public water, and using phone numbers.
Wonderfully inspiring or entertaining activity is complemented with the use of cars, career-persons in the social and education sciences, water, and phone numbers. Who has not enjoyed a hot INDY car race? What a relief when emergency vehicles transport women to give birth to babies at  hospitals! A glass of ice cold water after a hard days’ work is one life’s greatest pleasures. Swimming, canoeing, and paddle-boarding free us from life’s burdens through fresh waters and oceans.
A virtual phone line is a phone number that may or not be attributed to the actual geographical area of the owner’s physical existence. For example, a New York businessperson can own a Tokyo, Karachi, London or other city’s area code phone number. When people call that number, it rings where the New York guy is on his cell phone, tablet or other device. A phone number, whether a local number or a virtual phone line, is an important part of people’s identity. It can enable new sales, expanded markets, and customer retention. Virtual phone lines of cities around the world enable people local to those phone numbers to call into a central IP PBX of a business.
ProjectUAmbassadors is an example of business innovation using phone numbers or virtual phone lines. Celebrities record a special message or song about their favorite charity. Customers choose their favorite celebrity to answer incoming calls. When the customer’s friends call in to the phone number, they hear the celebrity’s message or song and call to action to contribute to the charity. 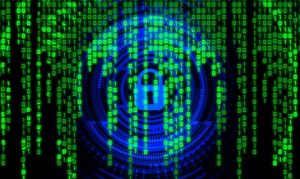 On the other hand, December 2013, Internet gaming wars, where individual gamers sought revenge or a competitive advantage, brought gaming websites and networks down with DDoS attacks. A Twitter user declared in 140 characters or less that someone was attacking every online game system where a legendary gamer was losing a game. Another player publicly provided a virtual phone line to call for information to get involved in the cyber battle. In turn, the hoopla encouraged other hacker attackers to do the same in various gaming websites to build “cred” in the gaming community.
Why did the attackers think it was so important that any online gaming service, that game expert was not winning a game, should be attacked? Was he being set up because of course, it looked like he wanted this to happen. In fact, afterward, the gamer server attackers published gamer’s contact details and then reported to authorities that he had been taken hostage. What a conundrum!
The Internet is a complicated idea, thing, and community. Tools that empower, entertain, and educate for good can be used to destroy, fool, and even kill for evil. DDoS (distributed denial of service) is a key component of the dark side. The BlockDos team has a goal to inform the public about the technology, politics, and social aspects of the virtual world and the Internet’s obsession DDoS. Start a conversation online via comments, timelines and graphics on these topics. Don’t be silent. Contact us at https://www.blockdos.net/contact-us for assistance with DDoS defense and DDoS mitigation.
Order Now
Under Attack?
Reasons to choose BlockDoS