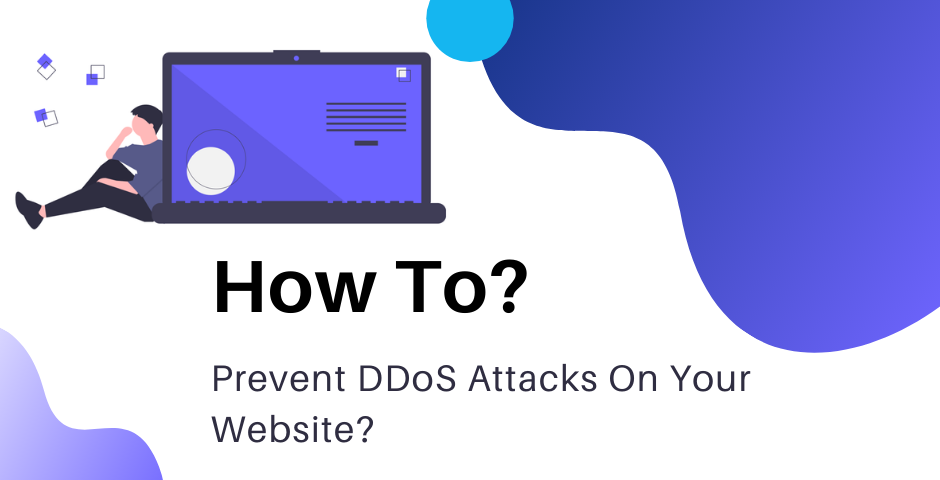 Suffering DDoS attacks may seem like an unavoidable side effect of being online; the more successful your site, the more likely you’ll be the target of an attack at some point. However, you can reduce the chances of a DDoS attack affecting your website.

What exactly is a DDoS attack?

A DDoS attack happens when a hacker sends a flood of traffic to a network or server in order to overpower the system and upset its capability to function. These attacks are usually used to knock a website or application offline briefly and can last for days at a time and it is extremely important to get DDoS protection for your secure network.

The Effects of a DDoS Attack

The most apparent effect is that your website is overwhelmed and becomes unreachable.

This means any business you gain via your website won’t be accessible to you until you get the site working again. It also affects your repute as a website owner. If you don’t fix the site quickly, it can affect your SEO as if Google crawls your site and finds it out of action, you will lose rank.

A good hosting provider will give you tools to safeguard your site against DDoS attacks but if you don’t have this and you’re on shared hosting, the attacks may influence other sites on the same server.

A DDoS attack could render your site more exposed to hacking as all your systems are fixated on getting the site back online, and security systems may have been put out of action by the attack.

Hackers might then find it easier to make their way onto your site via a back door once the DDoS attack has succeeded in paralyzing your site.

Restoring a website that has been subject to a DDoS attack takes time. It can also take money.

Your company should be equipped for, and be able to handle, complex volumes of web traffic or server requests than you need it to. Just to be on the safe side.

The best conceivable solution is to avert the risk of a DDoS attack in the first place, by installing a decent antivirus to shield you from malware.

Hopefully, the above material gives you a little more understanding of how to stop a DDoS attack. This is of course just one of many ways you could tackle the situation.

If you are just trying to save some money on bandwidth from spam bots, a web application firewall can also be a very good answer.