How to beat a DDoS attack when it occurs:

Knowing how to avoid a DDoS attack quickly might be the difference between your profitable company and going out of business. That’s because the results of an effective DDoS attack can be catastrophic, making your company vanish from the internet and unable to communicate with your customers.

If you’re the victim of a DDoS attack, you’re not alone. High-profile victims of DDoS attacks in 2018 include companies as diverse as Google, Amazon, PlayStation, Pinterest, and GitHub – which received the highest number of DDoS attacks ever seen.

The Simple Denial of Service (DoS) attack involves bombing an IP address with a large amount of traffic. If an IP address points to a Web server, it (or routers upstream of it) can be overrun. The legitimate traffic to the Web server would not be able to contact it, and the site will become inaccessible. The service has been refused.

Distributed Denial of Service Attack (DDoS) is a particular form of Denial of Service Attack. The theory is the same, but the malicious traffic is generated from multiple sources albeit coordinated from one central point. The fact that traffic sources are distributed often around the world makes a DDoS attack even harder to block than one originating from a single IP address.

DDoS Attacks are becoming increasingly popular, according to research published by Corero Network Security at the end of 2017. The DDoS Trends and Analysis study found that the number of attacks increased by 35% between Q2 2017 and Q3 2017.

One explanation for their increased prevalence is the growing number of DDoS devices that are infected and recruited into botnets such as Reaper.
The amount of data launched against DDoS attack victims has also increased dramatically, primarily due to amplification attacks such as the cyber amplification attack technique. Earlier this year, cybercriminals conducted some 15,000 cyber assaults, including an assault on GitHub that resulted in an incredible 1.35 tbsp.

Preventing a DDoS attack when malicious actors can unleash more than 1 Tbps on your servers is almost impossible, and that means that it is more necessary than ever to understand how to avoid a DDoS attack after it has begun to affect your operations. Here are six tips to avoid the DDoS attack.

If an organization chooses to strengthen its DDoS security, there are two potential reasons:

• Executives want to achieve a robust security stance before attacks occur
• Executives need to defeat an attack that is already underway and is not adequately mitigated by their existing security solution. 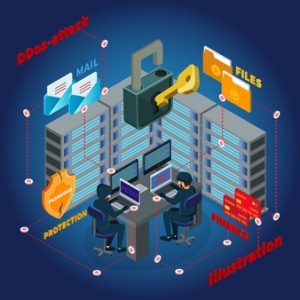 These situations can seem distinct, but they are almost similar in practical terms. An in-progress attack introduces a new element: accelerated timing (more on this below). But other than that, any organization that requires robust DDoS defense needs the same thing: a security solution with the following collection of features.

Immediate and automatic updates as new ways of attack develop. This usually involves a professionally controlled approach that guarantees that the safety status of the network is both successful and up to date.

Comprehensive security against all recognized types of DoS and DDoS, including layer 7. As stated earlier, the detection of Layer 7 attacks is more difficult than the 3/4 Layer attacks. For example, there are several ways for an attacker to open a valid link to a targeted server—but then the attacker communicates very slowly, which keeps the session active for a very long time. Doing this for hundreds or even thousands of sessions at the same time will use all of the server’s resources for incoming connections, making it inaccessible to legitimate users. A security solution must provide defense across all layers to prevent DDoS.

Older DDoS proxy protection solutions depend on packet inspection and checked for signatures of known attacks inside the incoming requests. Modern threats, however, have a range of ways to avoid detection, usually by exploiting and mixing valid requests for attacks. To defeat them, a security solution must maintain history and context overtime for all server connections, sessions, requests, and so on.

Autoscaling of bandwidth and other tools to absorb even large volumetric attacks, with enough room to do so.It usually makes sense to have more bandwidth available to your Web server than you think you would like. That way, you can cope with sudden and unexpected traffic spikes that may be the product of an advertising campaign, a special deal, or even a mention of your business in the media.

Even if you overprovision 100 percent—or 500 percent—not that’s likely to avoid a DDoS attack. But it may allow you a few more minutes to act before your resources are completely overwhelmed.

Defend at the Network perimeter: 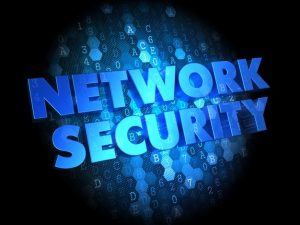 There are a few technological steps that can be taken to partially mitigate the impact of the attack—especially in the first few minutes—and some of these are very easy. You may, for example:

Limit the rate of your router to prevent your webserver from being overloaded.
Add filters to tell your router to drop packets from obvious attack sources.
Half-open timeout links more actively
Drop spoofed or malformed packets
Set lower thresholds for SYN, ICMP, and UDP flood drop

But the fact is that while these steps have been successful in the past, DDoS attacks are typically too broad for these interventions to be able to fully stop the DDoS attack. Again, the best you can hope for is that they’ll buy you a little time as a DDoS assault ramp up.

Check and balance on incoming traffic:

Full visibility of incoming traffic, displaying the details of all requests. Most security solutions do not display this information, which makes it difficult, if not impossible, to diagnose an attack and to implement appropriate counter-measures.

Sophisticated bot detection capabilities (since DDoS traffic must, by its nature, be automated). This involves the ability to reliably classify and monitor individual applicants, even when they try to avoid detection. The most advanced attacks use bots that can rotate between different IPs and “identities” to pose as entirely different requesters. To be successful, these attempts at disappointment must be resolved by a security solution.

API security is a very difficult task in fast-moving environments such as DevOps shops today (where the APIs might be expanding and changing very frequently, which means that the attack surface is expanding too). The security solution must be able to absorb (and ultimately implement) API schemes automatically, conduct a thorough inspection of the payloads for requests, and precisely recognize bots even though many standard methods of detection (such as JavaScript injection) are not applicable, and more.

The environment of a single-tenant:

If the protected network shares resources with those with less protected customers, robust and DDoS protection may not be appropriate. It is possible for a DDoS to affect anyone in a multi-tenant environment.

It may be confusing to select a DDoS mitigation solution or a DDoS dedicated servers. Many modes are available: physical devices, virtual devices, cloud platforms, etc.

However, only cloud services can include the full collection of features shown above. Notice that there are major variations even between cloud platforms. Only a few of them can provide the majority of all of the features listed here. Therefore, when choosing a solution provider, it is necessary to carefully consider the options available.

How to beat the DDoS attack Already Underway:

The DDoS can be very stressful in-progress. Even large volumetric attacks can still be shut down easily, however, if the necessary steps are taken.

A strong cloud protection solution can be deployed to and from the public cloud in just a few minutes. And shortly thereafter, an enterprise will have all its incoming traffic routed through this scrubbing platform as requests move through on their way to the secured network. (The time needed for this second step depends on the speed at which the DNS change will spread. Typically, it’s just a few minutes.)

If the cloud protection system is a stable platform with the features set out above, this ensures that even a huge DDoS-free website can be used better in a matter of minutes. Hostile traffic will be blocked until it enters the secured network. Bandwidth and other resources will be scaled automatically as required, limited only to the ability of the global cloud. In the meantime, legitimate traffic passes immediately to the protected network, which remains efficient and available to customers and users.

Obviously, the cloud protection platform would function the same regardless of the existence or absence of an in-progress attack at the time the solution is deployed. The only real difference is a matter of urgency: if there is no attack at the moment, the deployment will take place more carefully. The company will allow, track and fine-tune the solution for a single web application at a time to improve accuracy (by removing false positives and so on) and then go live.
On the other hand, the fine-tuning step can be skipped when an attack happens. This produces a small number of false positives and/or false negatives for a limited period (until the fine-tuning can be done).

But when an attack happens, it’s safer to have 90 percent of your traffic running correctly than zero percent going to your servers—especially when the other 10 percent can be restored in a couple of days or less.

The DDoS attacks can be very dramatic, and the biggest ones receive a lot of publicity. But successful mitigation tools are available as soon as you know how to differentiate between the different solutions provided.

You’re not going to be able to stop attackers from selecting your network as their target, but you can prevent their attacks from succeeding. Ok, that’s good enough.